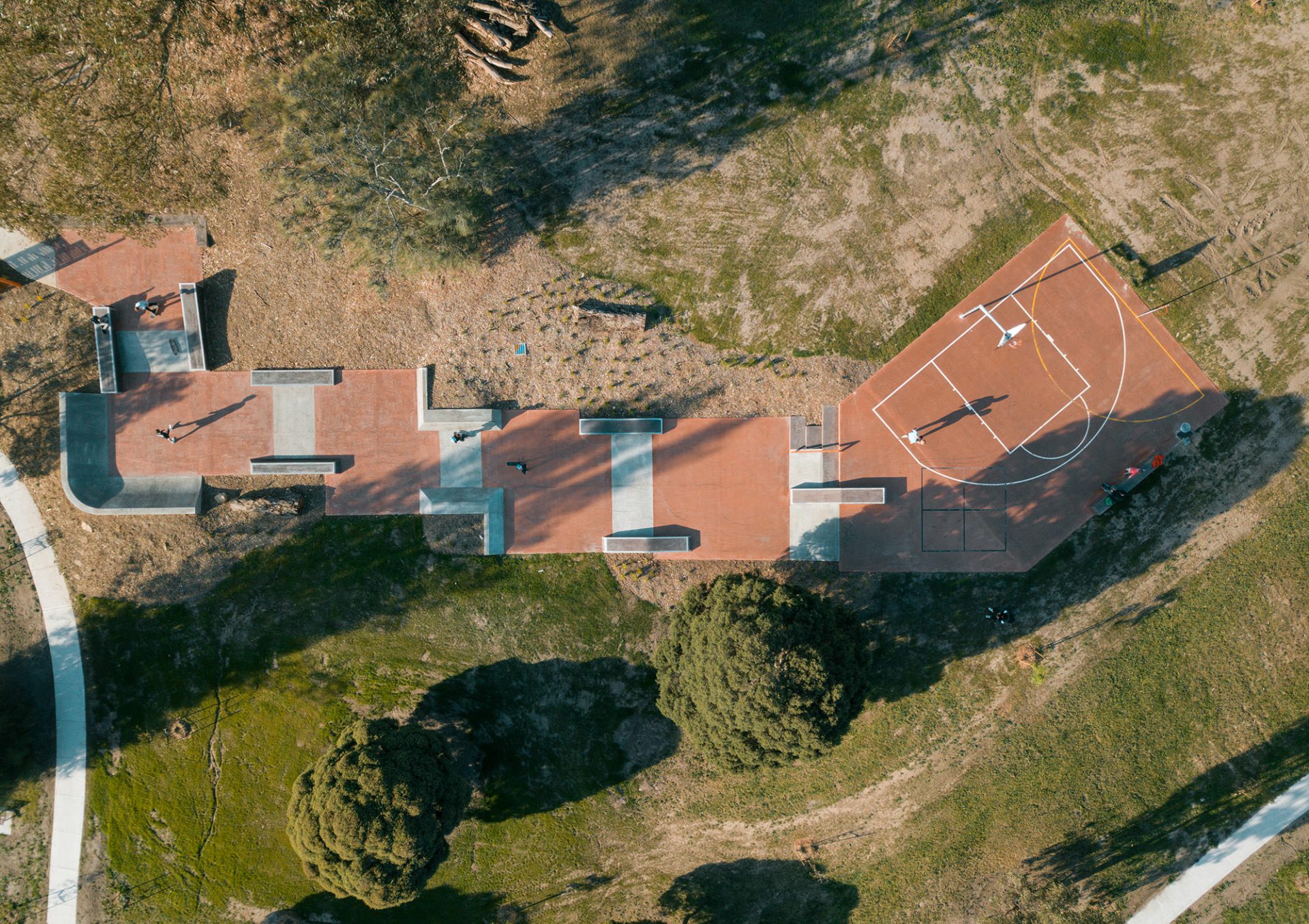 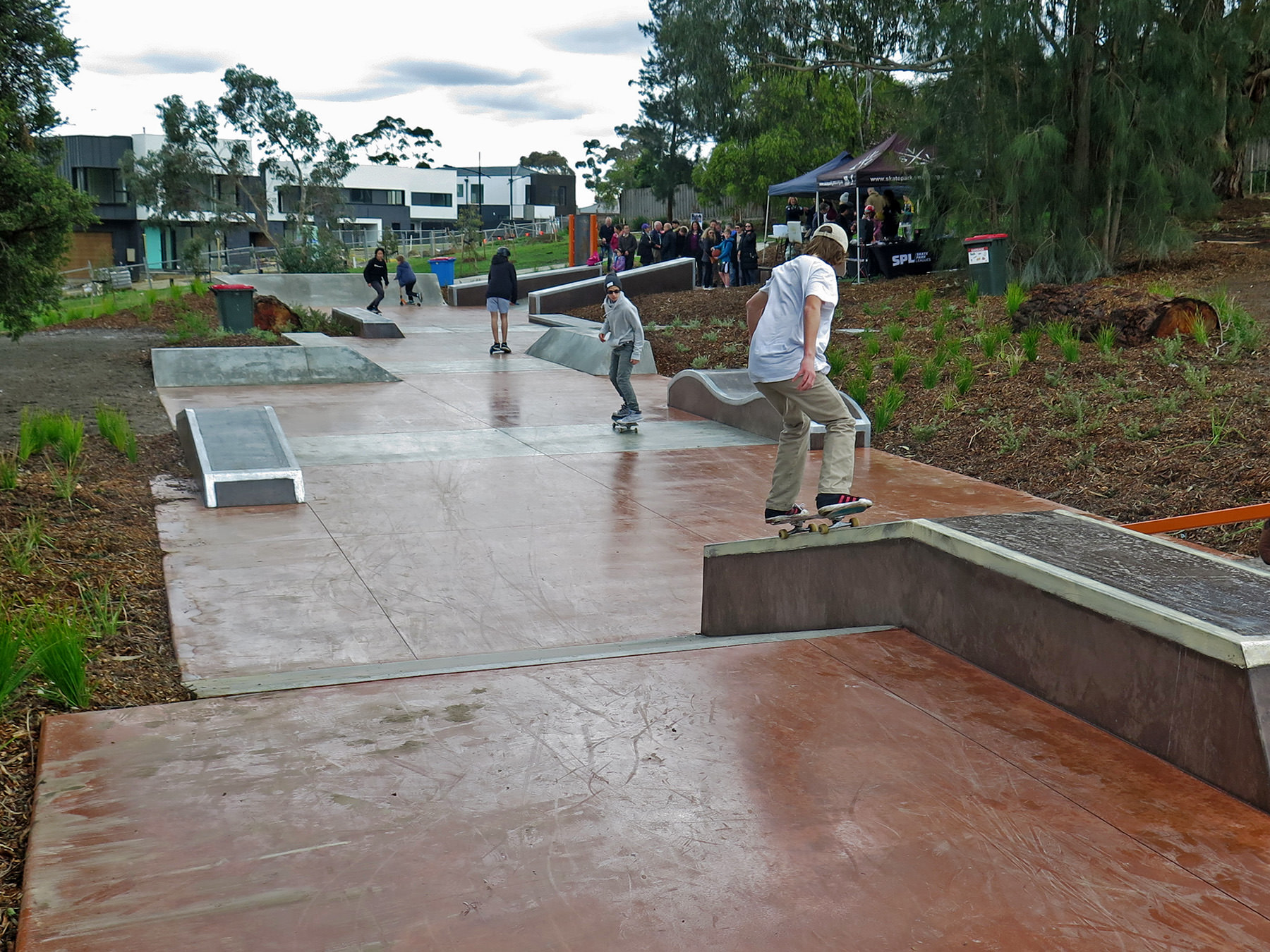 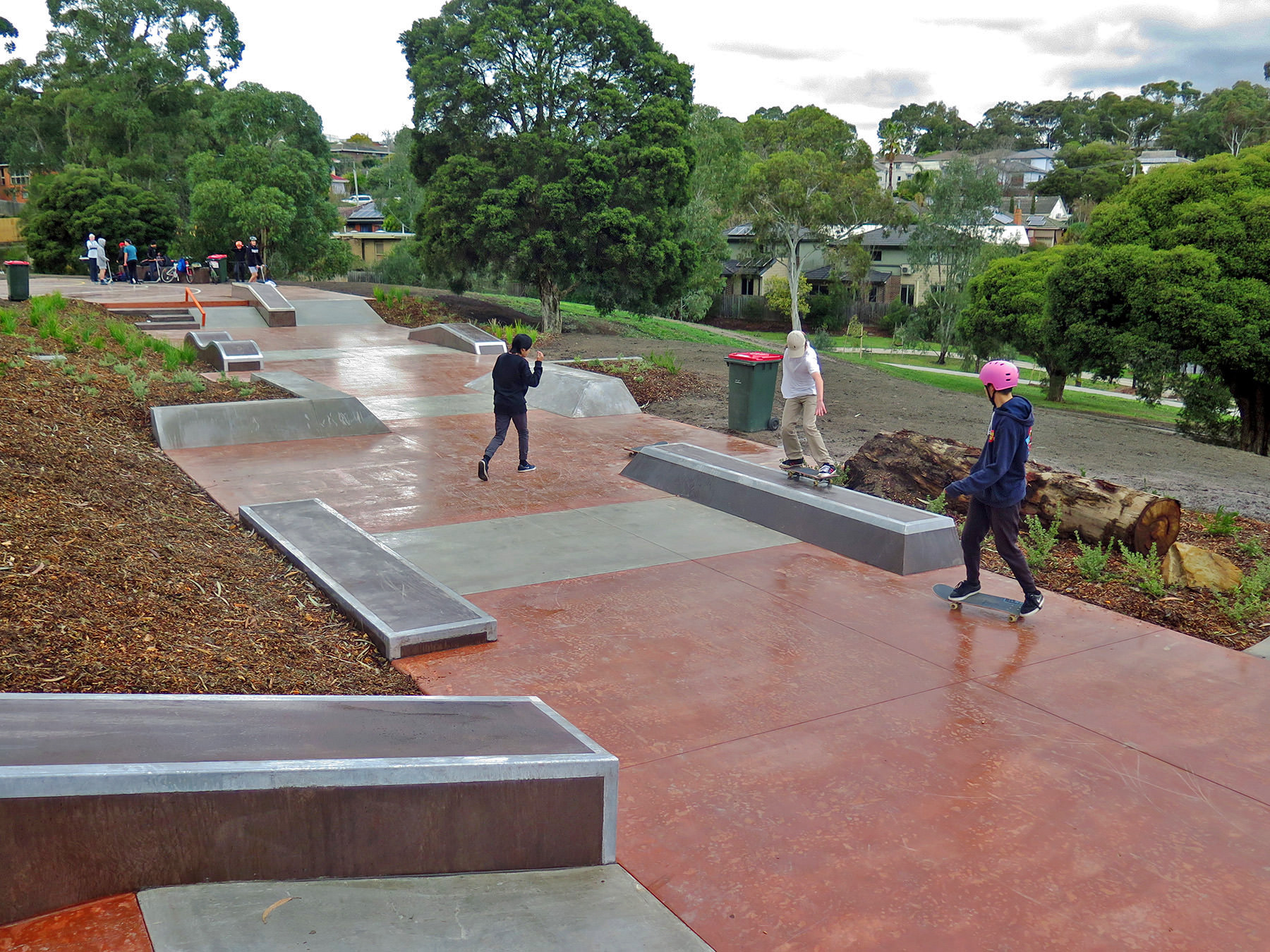 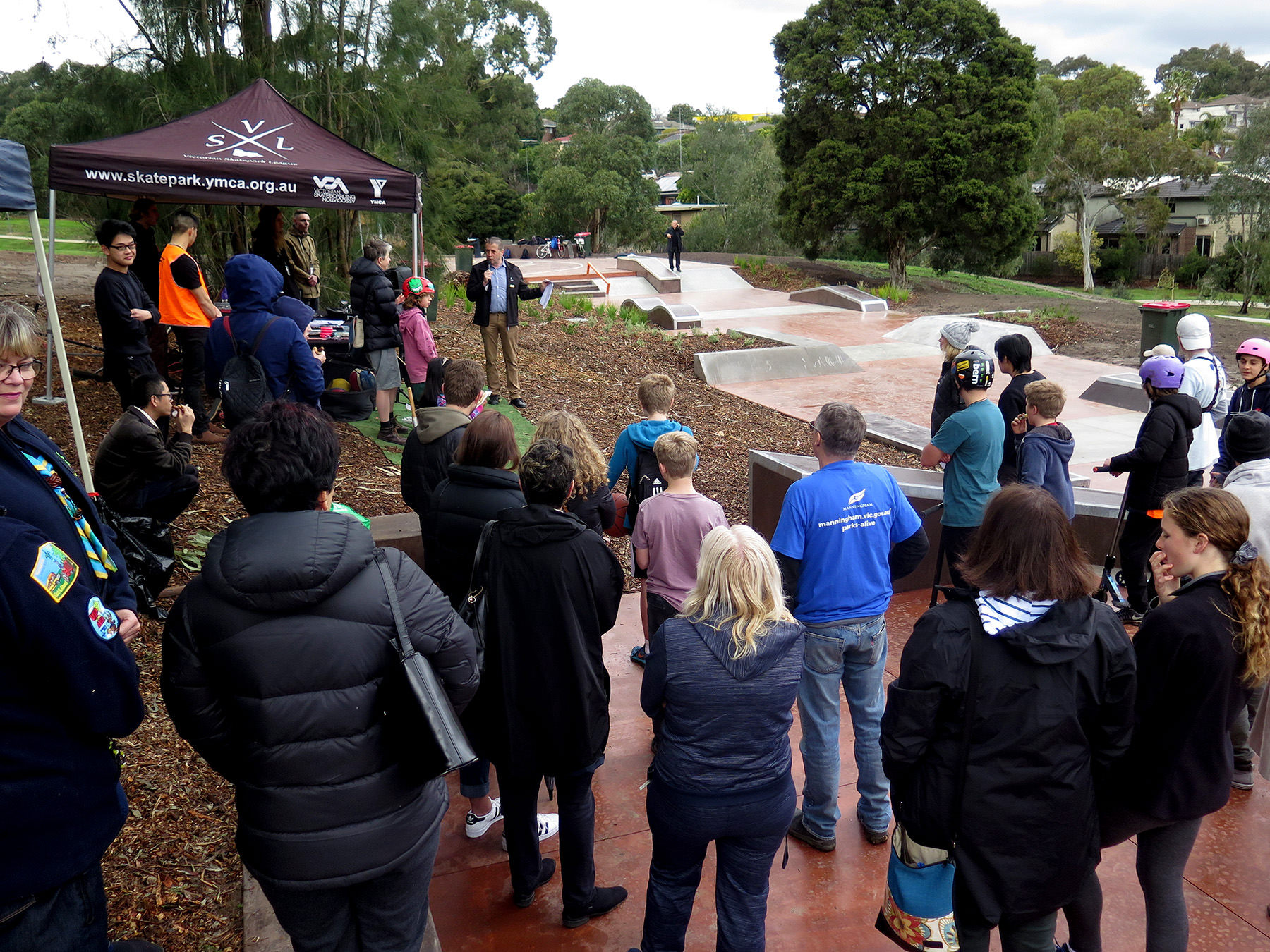 A client’s requirement of a skateable space that isn’t to look like a skatepark coupled with a smaller budget… This was achieved through a path that links the existing pedestrian network to the delivered basketball court. Along this path various elements are scattered with all offering wheeled sports opportunities. These include ledges of varying dimensions and forms, banked walls with internal planting beds and banked ends that allow flow through the space. All of the elements are low level to ensure that the space doesn’t impose on the existing landscape and amenities.

The result is a ‘plaza’ like facility offering elements that one would utilise in a street environment and a ball sports area with associated infrastructure. Due to the varying heights of the elements the space caters for all skill levels allowing entry points along with opportunities for progression. The levels of the facility result in a seamless integration into the site rather than a dominating presence.

The facility was officially opened by the City of Manningham Mayor in early September.