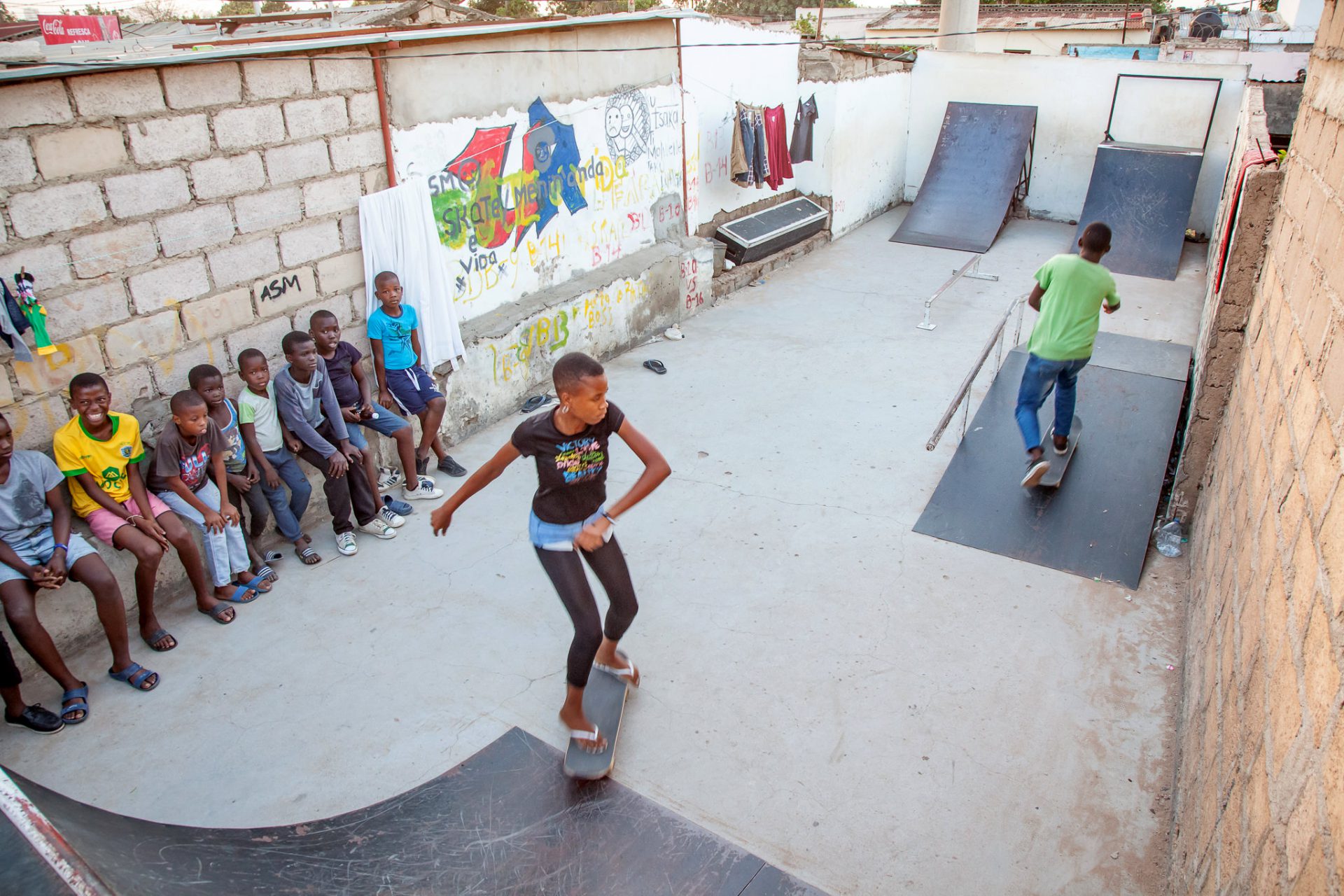 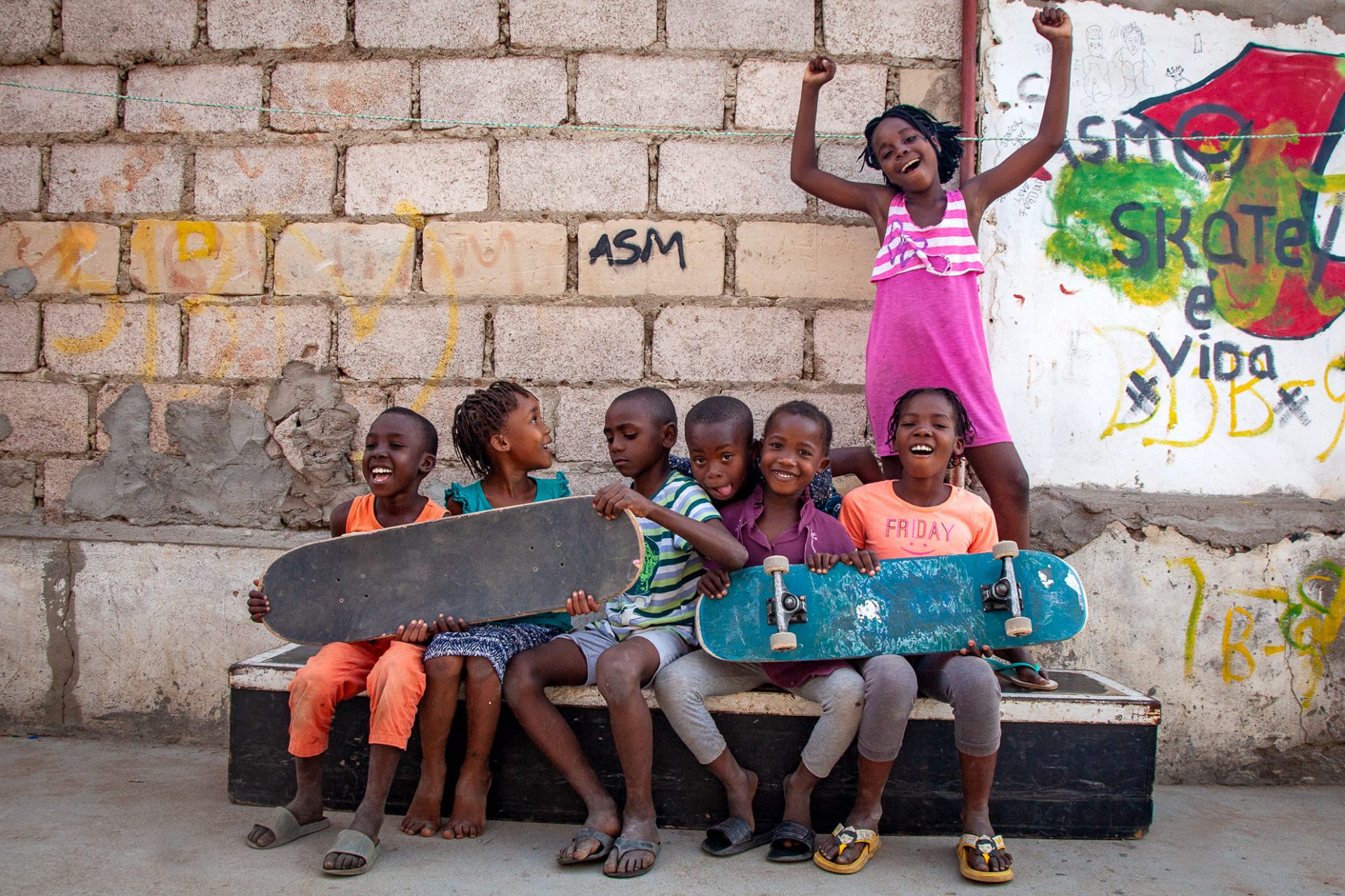 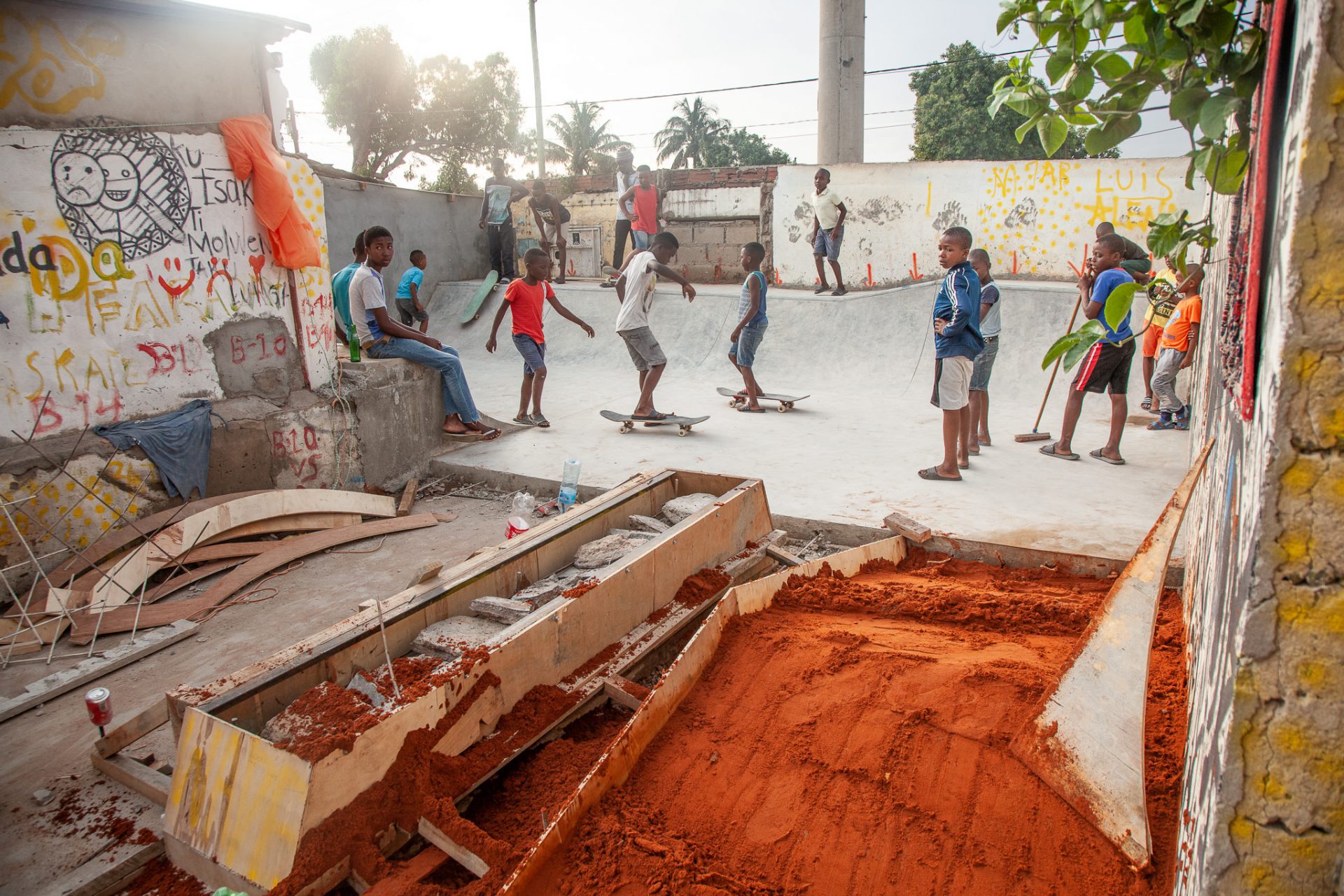 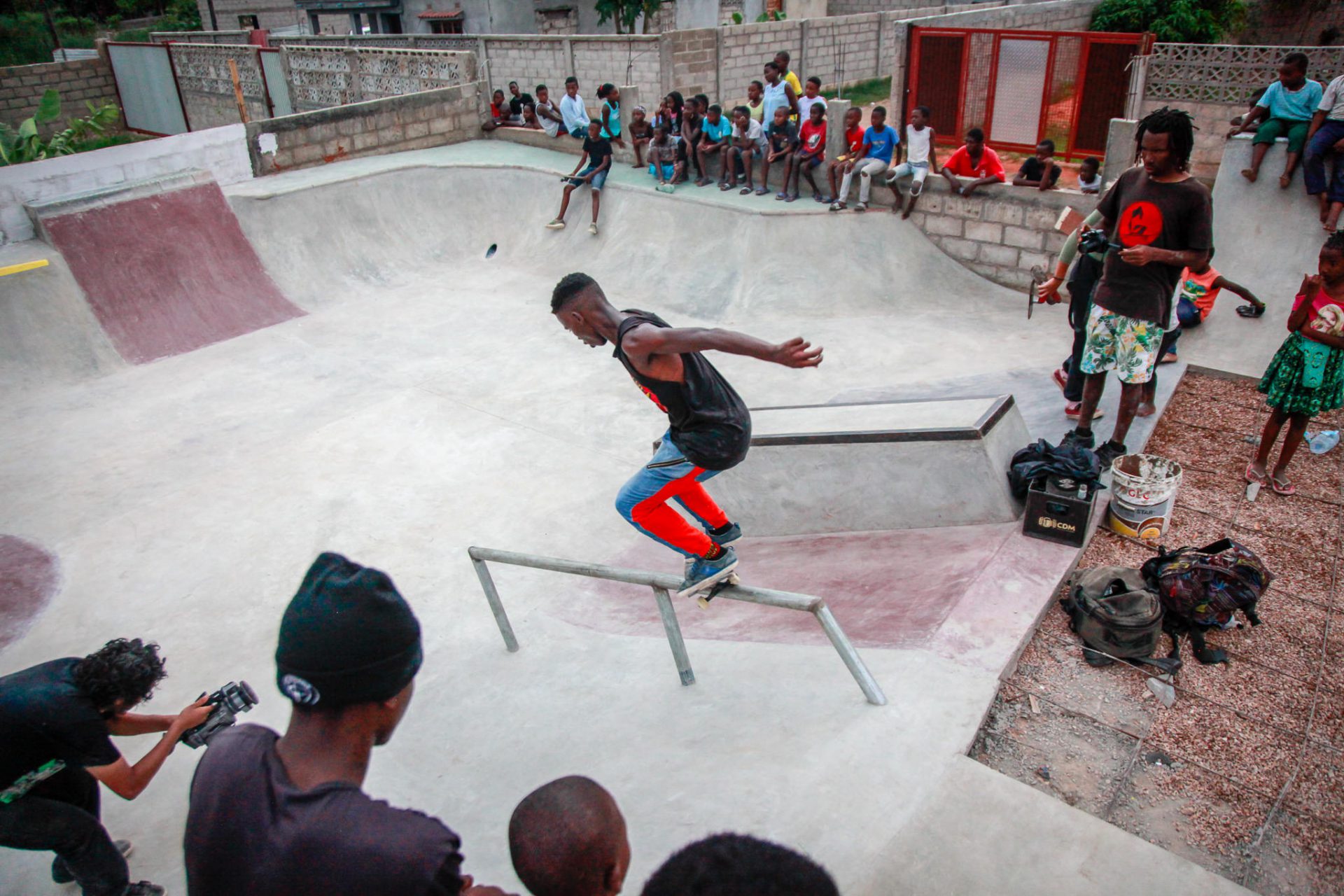 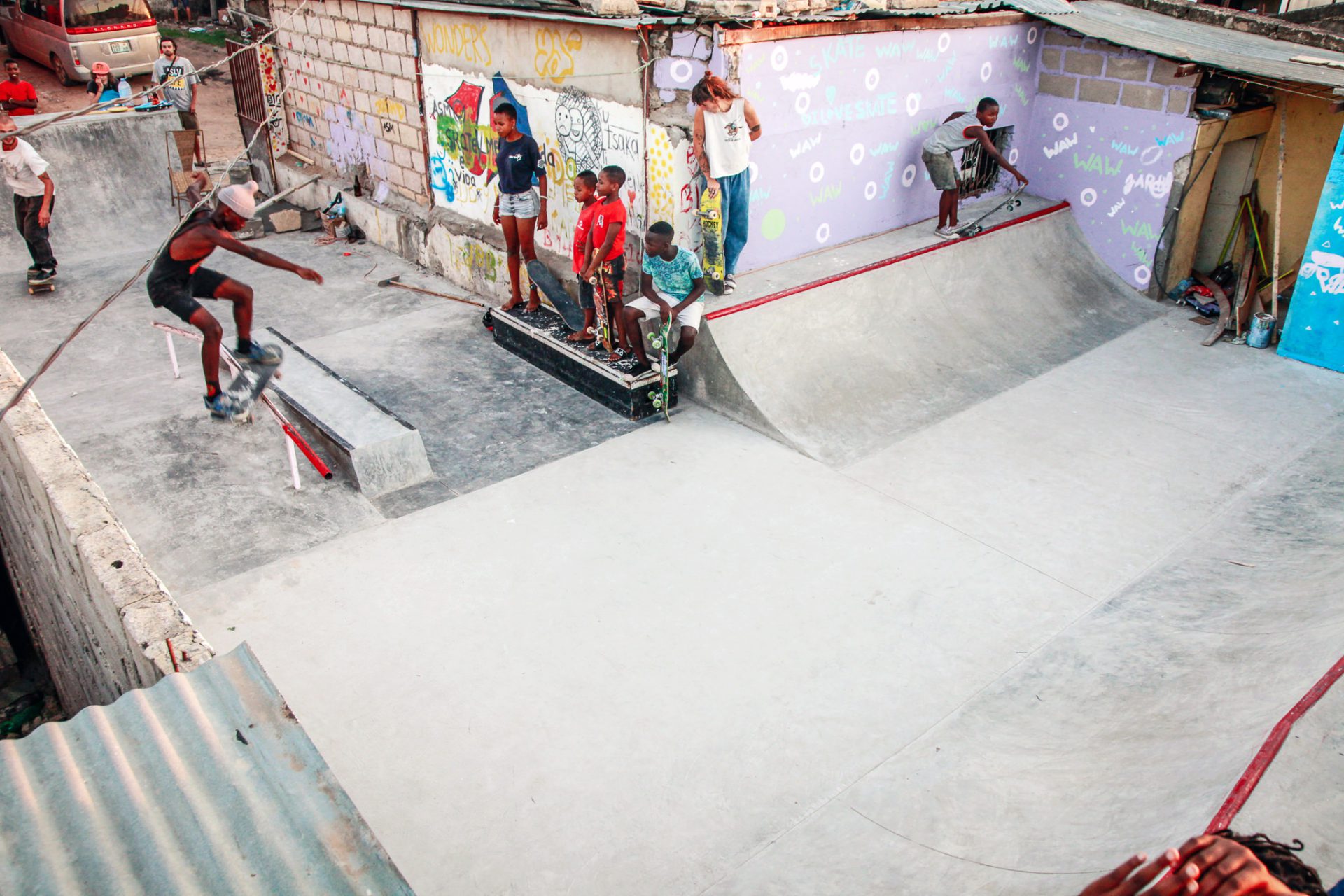 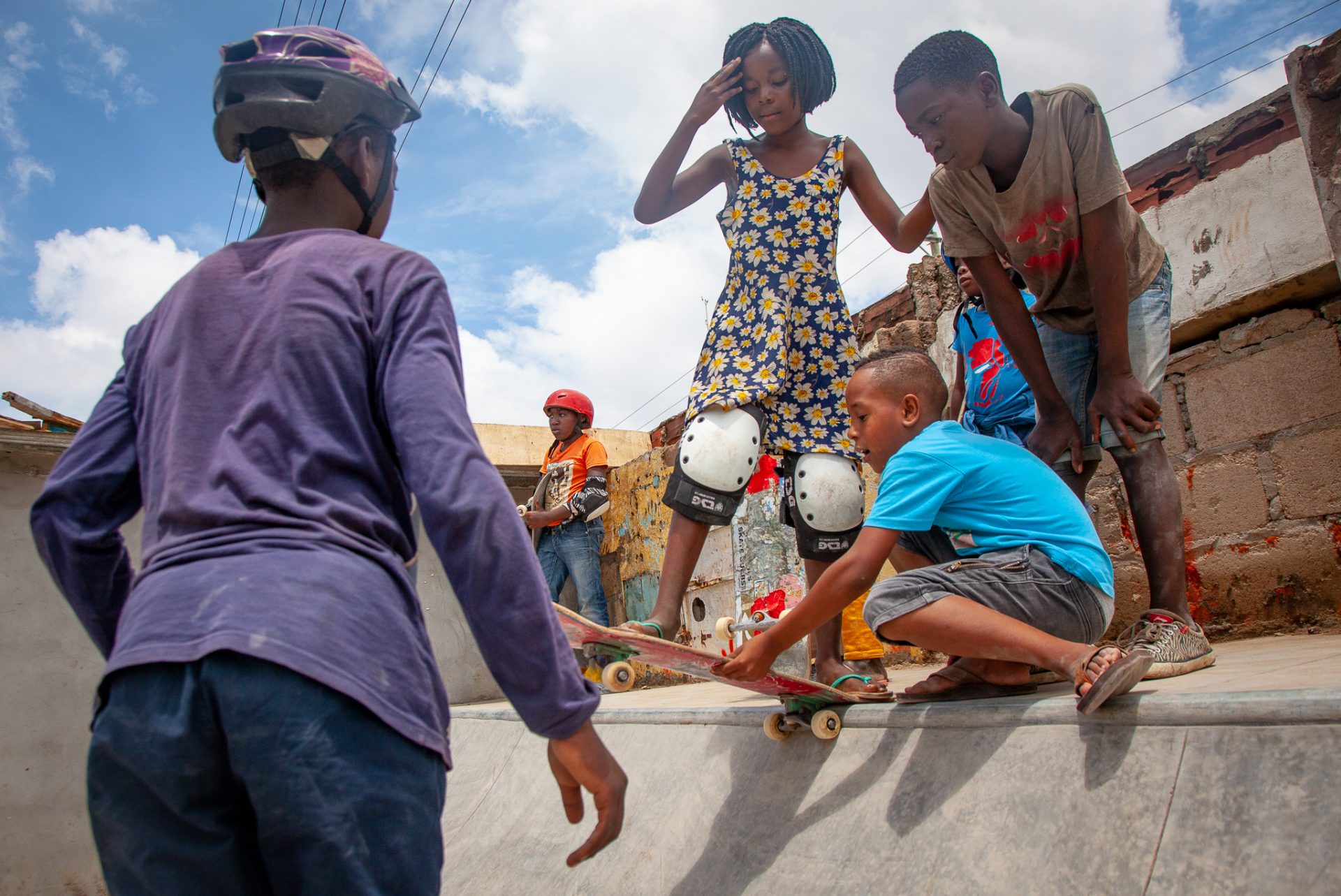 Not one but two new skateparks for the capital of Mozambique, Maputo. With two differing (and partnering) established local skate organisations each getting their own skatepark.

A project established by Skate World Better (SWB) with the construction expertise of Wonders Around the World (WAW). These two completely different parks were delivered within 4 weeks, built to professional standards by international volunteers and more importantly the locals. The first is a centrally located park previously featuring a concrete slab with some steel ramps. To increase the footprint an unused shed was removed to greatly increase the overall function of the space and offer differing elements in this constrained area. With a new concrete slab the area features a back and forth street space of concrete elements with a connecting mini ramp. A space for two skaters at a time that commonly features 10+ along with the 20+ spectators! The second park is located a short distance outside of the capital within an adjoining community. A larger space it features numerous street and transition elements with some more advanced skill level elements to cater for the established skaters in town.

Day one at each of the finished parks offered numerous examples of progression whether it was a young girl dropping into a mini ramp for first time to more technical tricks down the angled (hubba) ledge. Recently one of the local skaters travelled to Angola for a competition against other neighbouring countries in their volunteer built skatepark. Hopefully the opportunity presents itself to head back to see the users expertly using their new parks, again support the numerous street traders around the parks and potentially design/build more in neighbouring countries.

← Back to volunteer projects